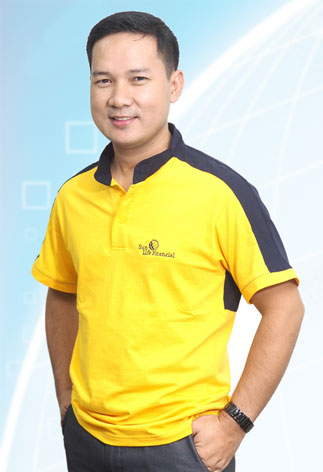 Hi and welcome to my personal site My Financial Advisor PH.

This is my personal collection of articles I’ve written, read and shared in social media as a reference to Sun Life Policy Holders and Investors.

My Sun Life journey started way back 2008.  By profession, I’m an IT Manager developing websites. After attending several financial planning seminars, I decided to create a blog about personal finance – Financial Planning Philippines.  Basic idea is that, I just want to simply document my learnings and share these to my friends and relatives and at the same time, earn from it thru Google Adsense.

Little did I know that it will open up bigger and brighter opportunities. Thru my blog, I got invited to attend this Sun Life Business Opportunity Forum (currently called Live Brighter Forum). Here, they discussed the idea on How to be a Sun Life Financial Financial Advisor. I was hesitant at first since I was working full-time as a Web Manager in an Australian-managed web development company in Makati. But then again, I said to myself, “why not try”, I got nothing to lose anyway.

I would always tune in and share whatever learnings I get to my blog. In their Facebook Page that time, I was one of the most visible profile answering most of the questions. Call it luck or what, that setup was my ticket to get invited to appear on the show as a resource person.

Below is the episode where I appeared in the show with host Aya Laraya.

The exposure paved the way and gave me the needed motivation to pursue a full-time career in Sun Life. In 2012, I got promoted as Manager Candidate and become a Unit Manager the year after. And in 2019, I was promoted to Sales Manager.

Over the years, here are some of the notable awards and recognition I got from Sun Life

Now I handle a team of equally passionate Financial Advisors coming from different areas of Metro Manila and Luzon Area and still expanding to different parts of the Philippines.

Sun Life Financial (SLF) is an international leader in protection and wealth management with key operations in Canada, US, UK, Hong Kong, Japan, Indonesia, India, China, Vietnam, Malaysia, the Philippines, and Bermunda. AS of December 31, 2014, the Sun Life Financial group of companies had total assets under management of CDN$734 Billion.

In the Philippines, Sun Life Financial is in the business of life insurance, mutual funds, pension, and educational plans, represented by the following three entities: Sun Life of Canada (Philippines) Inc. (SLOCPI) which pioneered life insurance in the Philippines in 1895; Sun Life Asset Management Company, Inc. (SLAMCI) which manages the mutual funds business; and Sun Life Financial Plans, Inc. (SLFPI) which administers the company’s pension and educational plans. Sun Life in the Philippines has over a million group and individual policy holders and continues to help Filipinos achieve lifetime financial security. 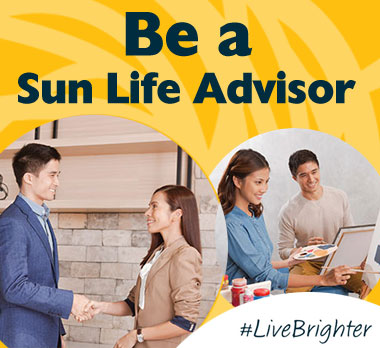